As we welcome a shiny new Congress to Washington, we wanted to make sure the more unsavory things our last Congress snuck in to the flurry of bills passed in December don’t go unnoticed. While most Americans were spending time with family or doing some holiday shopping, Congress was busy screwing us over. Historically unproductive and stymied by partisan gridlock, the “Do-Nothing Congress” actually did quite a bit in the last two weeks of their term. As GovTrack’s Josh Tauberer reports:

In what’s become something of a yearly tradition, members of Congress spent the final few days of their 2014 term scrambling to put together a continuing resolution to keep the government open and postpone our next entirely self-imposed budget crisis for another 9 months. Because Congress waited until the last possible moment, the massive CRomnibus bill became a “must-pass piece of legislation” — Failure to sign the CRomnibus into law would have meant another government shut down. And with little time for debate, the 1,600 page monstrosity served as a convenient vehicle for the some of the shadier items on the Congressional Christmas lists.

While the CRomnibus certainly stole the headlines, it wasn’t the only piece of corrupt legislation passed this holiday season. To follow up our post from last month, here are 5 more ways Congress sold us out in 2014.

There have been few American service-members as highly decorated and well respected as former 5-Star General and our 34th President, Dwight D. Eisenhower. A lifelong member of the armed forces, Eisenhower used his farewell address as an opportunity to warn the American people of the dangers posed by what he called the “Military Industrial Complex,” an amalgamation of various interests that profit from the institution of war. In the decades since his famous address, history has proven his fears were well founded.  Since 1998, the Defense industry has spent $1,713,066,324 in total political spending to influence our elected representatives. While that may seem like a massive amount of money, the reality is that in 2014 alone, Congress awarded roughly the same amount in defense contracts to private companies and corporations.

Everyone agrees our troops should be adequately equipped for combat, but I’ve got a really big problem with Congress spending our tax dollars on equipment the Pentagon doesn’t even ask for. In return for close to $30 million in lobbying expenses this past election cycle, Boeing was rewarded with a $1.5 billion contract for 15 new EA-18G Growlers that the Pentagon didn’t request.

That’s in addition to $437  million Congress allocated to buy four more F-35 joint strike fighters. The F-35 project, a program with a well-documented history of running behind schedule and over budget, is on track to cost American taxpayers more than $400 billion dollars. Despite the crazy amount of money we’ve poured into it, the jets continue to run into minor technical snags like the inability to “turn, climb, or run.”

Just to be clear, the Pentagon made no mention of the F-35’s in their annual budget request. I’m sure Lockheed-Martin’s $28 million in political contributions and lobbying in the last election cycle had nothing to do with the decision to slip this provision into the CRomnibus spending bill.

4. Congress Stopped Even Pretending to Care About Our Troops

The only thing more upsetting than finding out Congress just used our tax dollars to buy broken planes the Pentagon doesn’t want, was seeing all the ways Congress screwed the men and women bravely serving in our armed forces. 2014 was an embarrassing year for relations between Washington and our troops. The highly publicized VA scandal was perhaps the most widely reported on, but that is just one example among many.

The bill’s title is a pretty good indication of its contents. Had Senator Coburn not single-handedly de-railed this piece of legislation, it would have required a comprehensive report on successful veteran suicide prevention programs and allowed the VA to increase incentives to hire better qualified psychiatrists. With an average of 22 veterans per day committing suicide, it would have provided a boost the VA system desperately needs.

The bill would have also made it possible for the VA to partner with nonprofits providing mental health services, create a website to consolidate the VA’s mental health resources, and expand peer support networks. What a way for “Dr. No” – a reference to the many pieces of legislation Coburn has obstructed during his tenure – to cap off his career.

To add insult to injury, just a few days after Sen. Coburn kept the Veterans Suicide Prevention Act from receiving a vote, the Senate quietly cut the 1.8% pay increase for US troops included in the House version of the CRomnibus to 1%. The total savings amounted to $533 million, or roughly the same amount they just spent on the 4 F-35s that nobody (other than, presumably, Lockheed-Martin’s lobbying team) asked for. Just let that sink in for a minute.

If that’s not enough to make your blood boil, the Senate also approved a $3 increase in all co-pays for troops receiving prescription medication, because nothing says “Support Our Troops” like vetoing life-saving legislation, cutting pay, increasing co-pays, and using the savings to buy broken jets from a political donor. Oh, and that was all in the same week. Thanks Congress, you never cease to amaze me.

First Lady Michelle Obama has worked hard to promote healthy lifestyles and combat the growing epidemic of childhood obesity. Her “Get Moving” campaign has garnered celebrity endorsements and been popular among its target demographic. Mrs. Obama fought hard to implement better standards with the “Healthy Hunger Free Kids Act” and Congress used the CRomnibus bill as an opportunity to roll back those modest improvements.

School food managers and agribusiness companies, unhappy with the new standards schools would be held to under the act, created provisions that would freeze current sodium level restrictions and exempt struggling school districts from having to meet whole grain requirements.  There is nothing controversial or political about improving nutritional standards for school children when the links between school lunches and the 17% childhood obesity rate in the United States have been reported on for years. It’s political decisions like these that should make us question why only two members of Congress hold doctorate degrees in natural and hard science. Jessica Donze Black, a director at the Pew Charitable Trusts and an expert on school nutrition had this to say:

“It’s unfortunate that Congress chose to edit nutrition policy as those decisions should be based on evidence and science.”

2. The Kline-Miller Amendment, AKA the “Screw Your Pensions Act”

This amendment was snuck into the giant CRomnibus bill with little fanfare and even less mainstream media attention. It will probably come as a surprise to most of you to hear, but if you are one of the nearly 10 million Americans who is part of a multi-employer pension plan, the House of Representatives may have put your retirement funds in serious jeopardy. The amendment would allow trustees of multi-employer pension plans in distress to make discretionary cuts of as much of 60%. Yep, that’s right. Even more worrisome is the complete immunity to any legal action or court arbitration the amendment provides for trustees should they choose to make these cuts.

The authors, Reps. John Kline  (R-Minn.) and George Miller (D-CA), defended the amendment by saying that if more than 50% of the pension holders do not agree with the cuts, implementation would be blocked. But of course there’s a nice fat loophole for big businesses: if the Treasury, the Labor Department, and the Pension Benefit Guaranty Corporation (PBGC) determine the pension fund is worth more $1 billion, trustees can still implement the cuts without the approval of the participants. These pension plans are generally negotiated by unions for entire industries and most are valued at over $1 billion. How convenient.

Aside from the obvious implications for peoples’ pensions, my biggest gripe with this amendment is that it is seeking to address an issue that’s at least a decade or two away from threatening solvency. As LA Times Reporter Michael Hiltzik puts it;

“What’s most irksome about the Congressional maneuvering is the ginned-up atmosphere of urgency around it. For even seriously impaired pension plans, the day of reckoning may be 10 or 20 years off; a lot can happen in that time frame to improve their condition or for other solutions to bubble to the surface.”

There are a whole host of other pressing issues I wish Congress was addressing instead of trying to protect massive pension funds at the expense of millions of workers. I wonder whether or not the fact that George Miller’s top 4 career contributors are all unions had anything to do with his prioritization of this issue?

You may remember from this one from 5 Awful Things Congress Snuck Into the Omnibus Budget Deal post from last month, but I think it’s worth revisiting because the influence of money on our political system is at the heart of every other issue on this list. As if there wasn’t enough money in the system already, Congress decided to use their authority to increase the amount of money individuals can give to political parties.

The provision, conveniently located on page 1,599 of the 1,603 page document, could allow one to legally funnel nearly $1.3 million into a party’s various accounts according to the Washington Post’s Matea Gold. That’s in addition to the $2.44 million an individual could donate directly to federal candidates and the unlimited amount of money an individual can donate to political action committees (PACs). Check out this great breakdown from Jay Riestenberg for the full ins and outs of the new rule.

What is especially important for all of us to remember is that the blame lies with both parties. This is systemic corruption, where special interests pour money into our political system and our government doles out favors in return, with no regard for the will of the people. As NPR’s Peter Overby reports,

“… the changes in campaign finance law surfaced without fanfare during negotiations when either Senate Majority Leader Harry Reid or Minority Leader Mitch McConnell could have vetoed them.”

But they didn’t veto them, and until we the people make it clear that this sort of behavior from our elected representatives is simply unacceptable, all of us: Republicans, Democrats, Independents, doesn’t matter, all of us will continue to get screwed over by a Congress beholden to wealthy donors.

Now here’s the good news: There’s a plan to tackle this corruption head-on, and it’s already falling into place. Citizens of all political stripes — conservatives, liberals, and everyone in between — are already working together to pass a wave to tough new anti-corruption laws in cities, states, and eventually Washington D.C. The first city-wide Anti-Corruption Act in the US passed on election day 2014, and more cities and states are on the way in 2015 and 2016. If you’re sick of reading articles like this one (god knows we’d love to report on something a little more cheerful), now is the time to get involved. 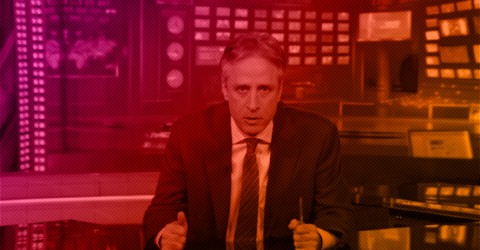