This article originally appeared on Sense on Cents. Larry Doyle is the author of In Bed with Wall Street: The Conspiracy Crippling Our Global Economy and a 30 year veteran of major Wall St. firms including Bear Stearns, JP Morgan, and Bank of America. He now runs his own investment practice and draws on his experience to expose scandalous practices within our financial and political regulatory system.

Why is it that our nation does not have real statesmen in public service?  Why is it that very real corruption and scandal — legal and otherwise — have gained a stranglehold on our political process? Why is it that an SEC attorney states at his retirement sendoff that “the system is broken?”

Say what you want about Senator Elizabeth Warren (D-MA), her politics, and her personal foibles, but she provides a national public service in exposing the fraud that is disguised as Washington politics in her new book, A Fighting Chance.

Credit to The New York Times’ acclaimed financial journalist Gretchen Morgenson for launching into the charades played by those in Washington who profit personally while America grows increasingly disenchanted if not totally disgusted. Senator Warren uses the same term to characterize our political process as recently used by Michael Lewis in describing our equity markets.

“The game is rigged and the American people know that. They get it right down to their toes.”

Morgenson draws further attention to Warren’s work and specifically this revealing passage in which the senator from Massachusetts exposes one Larry Summers:

A telling anecdote involves a dinner that Ms. Warren had with Lawrence H. Summers, then the director of the National Economic Council and a top economic adviser to President Obama. The dinner took place in the spring of 2009, after the oversight panel had produced its third report, concluding that American taxpayers were at far greater risk to losses in TARP than the Treasury had let on.

After dinner, “Larry leaned back in his chair and offered me some advice,” Ms. Warren writes. “I had a choice. I could be an insider or I could be an outsider. Outsiders can say whatever they want. But people on the inside don’t listen to them. Insiders, however, get lots of access and a chance to push their ideas. People — powerful people — listen to what they have to say. But insiders also understand one unbreakable rule: They don’t criticize other insiders.

“I had been warned,” Ms. Warren concluded.

When honest public debate and dialogue is stifled, the fertile ground for scandal, corruption, and payoffs under the guise of politics is enriched.

I would only hope that a massive anti-incumbent and anti-corruption movement develops in our country and sweeps the land. While the media can direct enormous focus on stories that play on our sense of public decency, the simple fact is under the current construct in Washington, we are getting screwed in spades each and every day.

Major props to Warren for exposing the “way the game is played” that leads to the fleecing of the American public. Major props to Gretchen Morgenson for giving Warren’s work an elevated platform.

Where is the rest of the media to further expose the likes of Larry Summers and the other phonies who present themselves as supposed leaders but are cloaked in the money and power that has little meaningful connection to this land we call America?

We are long overdue to clean out the Washington sty and throw these pigs and bums out! 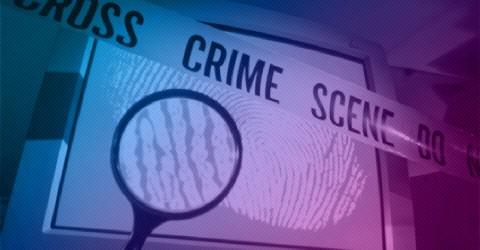 INSIDE JOB: The Death of Net Neutrality