Last night, Jon Stewart announced that this will be his final season as host of The Daily Show. Much has already been written about Stewart’s career and legacy, but we wanted to highlight something a little different: Jon Stewart has consistently drawn badly needed attention to money in politics corruption — an area where major broadcast new networks are seriously lacking.

More importantly, Stewart never shies away from taking prominent Democrats to task despite his own liberal political leanings. In a media environment overrun with toxic, knee-jerk partisanship, Stewart’s willingness to call out corruption regardless of party affiliation has always been a breath of fresh air.

With that in mind, we’ve compiled our 5 favorite examples of Jon Stewart call out corruption. Here’s to you Jon — You’ll be sorely missed.

Election night 2014 had its share of winners and losers, but the Daily Show was interested in one race in particular: Money vs. Ideas.

Despite his own liberal politics, Stewart pulled no punches in calling out Governor Andrew Cuomo (D-NY) for shutting down an “independent” corruption investigation.

The Supreme Court handed down a devastating ruling in McCutcheon v. Federal Election Commission (FEC), allowing one person to donate upwards of $3.5 million directly to candidates, party committees and PACS. At times like these, who better to turn to for biting and insightful commentary than Jon Stewart?

2. Jon Stewart and Bill O’Reilly actually agree on something (Skip to 6:00)

These two go head to head all the time, and they both seemed surprised by how closely their views aligned on corruption.

1. Nancy Pelosi gets way more than she bargained for

Nancy Pelosi agreed to appear on the Daily Show for what she must have assumed was going to be a softball segment. Instead, Stewart delivered one of his best interviews in recent memory, leaving Rep. Pelosi visibly uncomfortable after being repeatedly confronted with hard-hitting questions on the undeniable effects of special interest money and corruption on our government. If You Were Dating Congress, You’d Dump Them Immediately 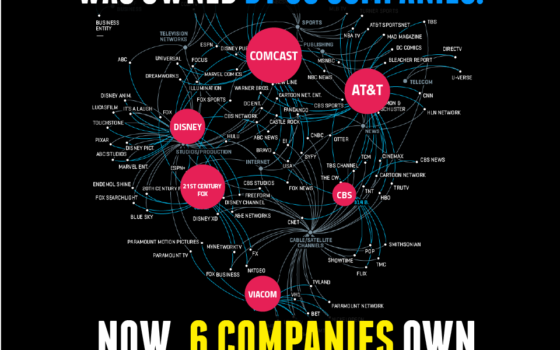