The 2016 presidential candidates have already been fundraising up a storm. But they don’t all get their dollars from the same place: while some get big checks from lawyers, others are funded by Wall Street CEOs or special interest groups. Here are the top 5 industry connections for some of the leading candidates, ranked by strength from 1 to 5. 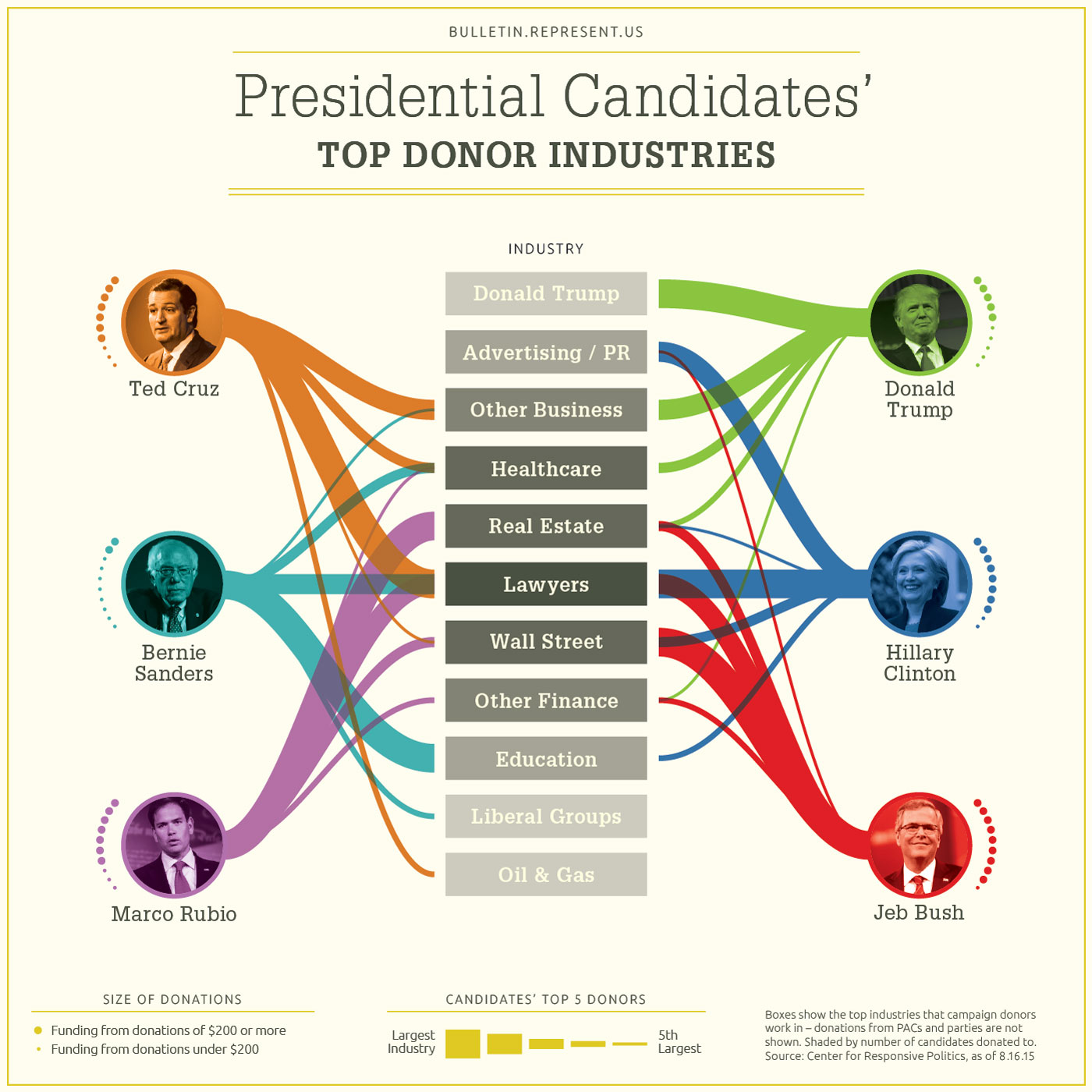 You can see that a few industries dominate, especially law, Wall Street, real estate and medicine. These are industries where individuals can earn high salaries, and so can afford to make large political donations. Most of the leading candidates owe their campaign cash partially to these groups.

A few notes on methodology. Each candidate has donors in many industries, but only their top 5 connections are shown here (for instance, Hillary Clinton receives funds from liberal interest groups, but these are less important than 5 other industries). Industries that aren’t in any candidates’ top 5 are not shown either (such as conservative groups). Each connection represents donors employed by some industry, including CEOs and lobbyists, but not companies or organizations themselves. The national political parties, as well as PACs and political non-profits, are also not included here, since they are not associated with particular industries.