Nonprofits that spend money to expressly advocate for the election or defeat of a candidate must now disclose their donors. It all started in July 2012, when Citizens for Responsibility and Ethics in Washington (CREW) filed a complaint against Crossroads GPS, a nonprofit that spends millions supporting candidates. CREW alleged that the group violated federal law by not disclosing its donors in 2012, when donors gave $6 million to Crossroads GPS to influence an Ohio U.S. Senate race.

Nearly three years after CREW filed the initial complaint with the Federal Election Commission (FEC), the Commission deadlocked 3-3 on whether Crossroads GPS violated a federal rule and whether the Commission would close the file. CREW filed a lawsuit to challenge the FEC’s inaction. And in September 2018, after many appeals, the Supreme Court let stand a lower court ruling holding that politically active nonprofits that spend money to expressly advocate for the election or defeat of a candidate must disclose the identity of their donors giving more than $200.

“This is a real victory for transparency,” said Commissioner Ellen Weintraub, the vice chairwoman of the Federal Election Commission. “As a result, the American people will be better informed about who’s paying for the ads they’re seeing this election season.”

Prior to this decision, nonprofits could endorse and advertise for political candidates without disclosing where their donations came from, unless those donations were earmarked for specific ads, leading some to call these donations “dark money.” Despite the Supreme Court’s decision, loopholes still exist, as the decision only implicates money given to express advocacy (calls to “vote for/against” a particular candidate), and will not affect the funding of issue ads. Nonprofits can also still donate money to super PACS without having to disclose their donors. The original case remains under appeal.

Bottom line: This is a win for campaign finance reform, but there is still a lot of work to do to unrig the system.

Hearing date set for Rep. Hunter who allegedly used $250,000 of campaign funds for personal use

A federal judge set the hearing date for December 3rd, giving both sides time to pour over a 47-page indictment and associated documents detailing 200 instances of alleged misuse of campaign funds. According to the indictment, Rep. Hunter and his wife Margaret Hunter, used campaign funds for lavish dinners, Uber rides, family vacations to Italy, and more. The Hunters also allegedly misled the campaign’s treasurer about the nature of the expenses.

In one instance, Rep. Hunter reportedly bought $1,500 in video games, and then falsely claimed the charges were fraudulent. In another instance, he purportedly bought golf clothing and falsely reported it as a gift of golf balls for Wounded Warriors, an organization that provides support for veterans, according to the indictment.

Shockingly, Duncan Hunter has decided to continue his re-election campaign, despite the corruption charges. Rep. Hunter’s faces Democratic challenger Ammar Campa-Najjar in the November midterms in a solidly Republican district. Mr. Campa-Najjar has outraised him throughout his campaign. A SurveyUSA poll from August 26th showed Hunter and Campa-Najjar neck and neck, but Hunter is still predicted to win re-election, despite the allegations against him. Hunter and his attorney claim the charges are politically motivated.

Bottom line: Voters deserve ethical and transparent leaders, not politicians who may put private interests over those of the public.

Dark money donations are on the rise

Research shows big donors have up to 15x more power and influence in politics than regular Americans.

Billions of dollars are spent on elections each year. Since 1997, total spending on federal elections and lobbying increased from $4.3 billion to $12.9 billion in 2012. Donors like George Soros, Tom Steyer, and Sheldon Adelson have already spent nearly $96 million in 2018 to support Democrats and Republicans. When the election cycle ends, the process will begin all over again. Politicians spend 30-70% of their time fundraising for re-election. As a result, elected officials have less time to focus on policy and representing their constituents.

A Princeton University study shows average citizens have little to no impact on influencing legislation in Congress. But economic elites do have an impact; according to the study, they have up to 15x more power to pass legislation in Congress, no doubt aided by the huge amounts of money they spend to sway politicians.

Bottom Line: Elections are becoming more expensive and the voices of everyday Americans are being silenced by big money. Politicians should be responsive to their voters and not just the big donors that help put them in office. 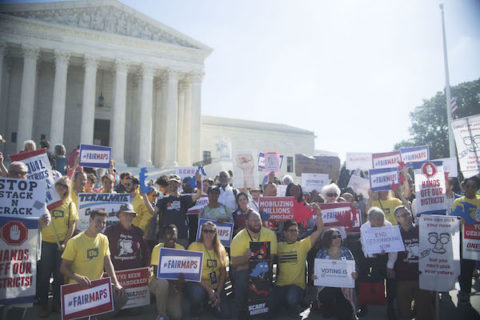 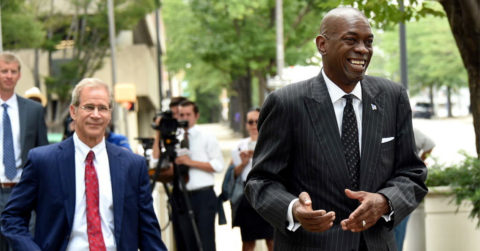