Sick of politicians telling smooth lies on the campaign trail, only to sell you out to lobbyists after they get elected? Independent Congressional Candidate John Denney has your back. He’s signed a legally binding pledge to never accept conflict of interest campaign money or work as a lobbyist if elected. If he goes back on his word, the agreement maps out a lawsuit against him by the people of Minnesota.

The contract was drafted by Richard Painter, a member of the RepresentUs Board of Advisors and fierce proponent of The American Anti-Corruption Act.  Denney has also endorses the Act on his website. Denney is offering the people of Minnesota a “money back guarantee” that he’ll do his part to get money out of politics. And he’s asking the rest of America to join him.

We don’t know if Denney’s chutzpah will get him elected, but we sure think his efforts are worth a shot. Let’s all give him a big boost by sharing this video and showing the world what a new kind of Congressional candidate could look like. Why is this activist biking 60 miles to Atlanta? 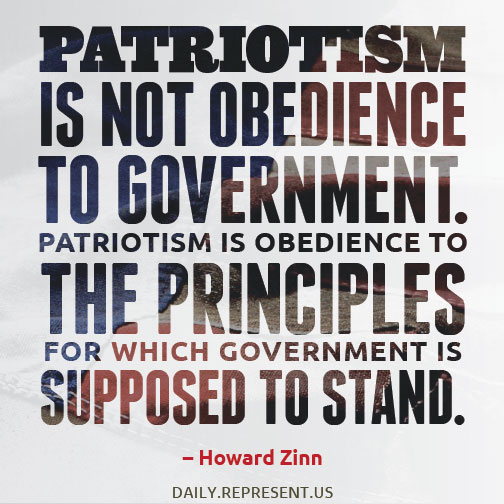 Are You Howard Zinn’s Kind of Patriot?