You think when you vote, you get to pick your leaders… right?

Take a seat. We’ve got some news for you: our elections aren’t working the way they’re supposed to. Watch this two-minute video to find out how gerrymandering is letting politicians choose their voters instead of the other way around – and what we can do about it.

More than 26 million Americans may get the chance this year to vote on initiatives that fight gerrymandering – but most voters don’t know what gerrymandering is or why it matters.

We made this two-minute video to explain how gerrymandering has broken our elections and why it matters. When you’re done watching it, share to spread the word and make sure voters know about gerrymandering, before they get their ballots.

Voters should choose their politicians, not the other way around

The current political system allows self-serving politicians to ensure their re-election by making safe districts that were drawn or influenced by political appointees and Insiders. These politicians put their own interests ahead of the people, and make it impossible for the voters to hold politicians accountable.

When politicians draw their own district lines to ensure their re-election, it makes elections uncompetitive – and prevents voters from holding politicians accountable if they fail to follow through on campaign promises or serve the best interests of the public. Gerrymandering is only 16% of congressional elections have competitive races, and in some states like Ohio, that number goes down to 0%.

Here’s a look at what it means for a district to be “uncompetitive”: In Ohio, here are the margins of victory in the 2016 House races. 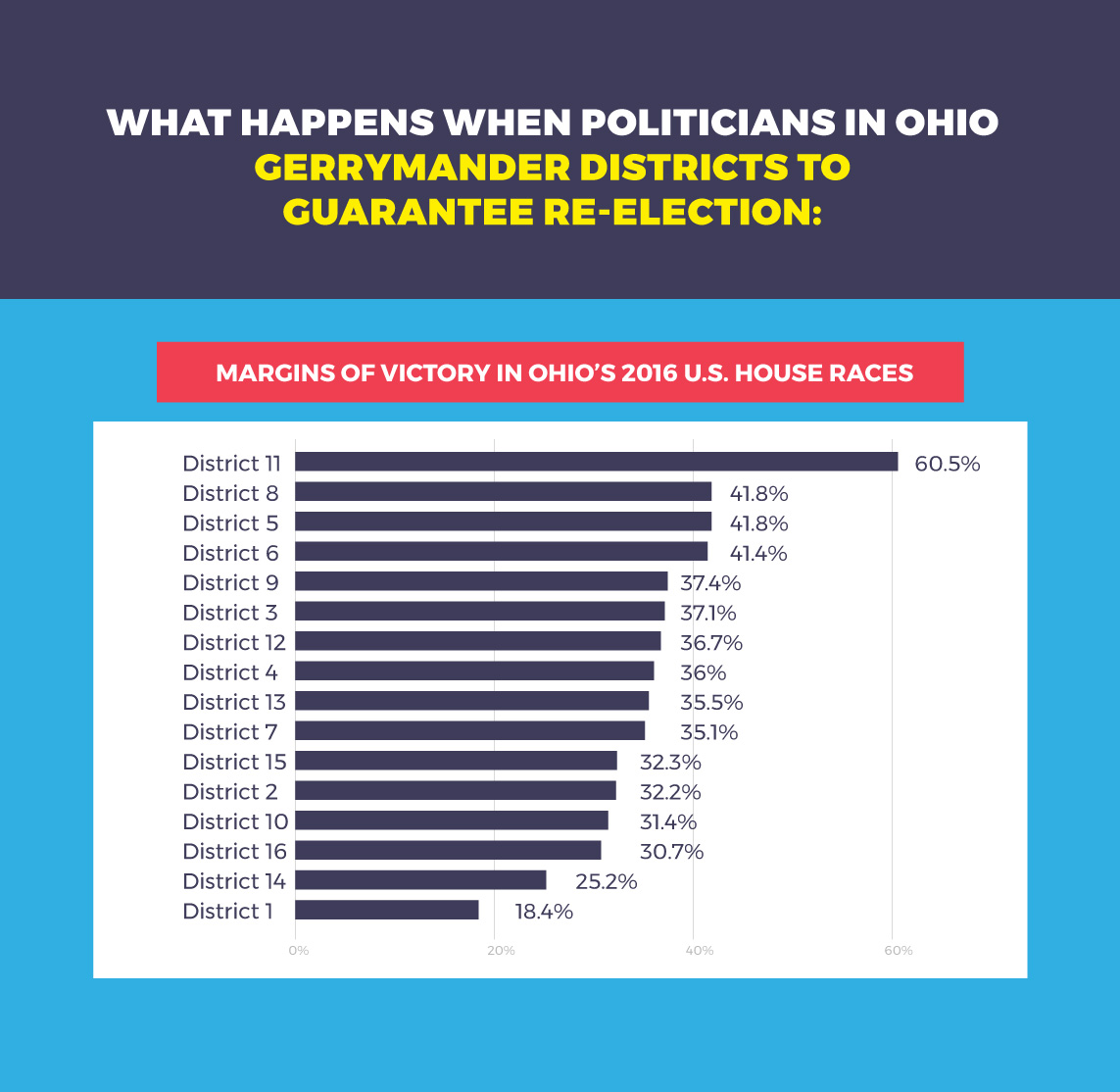 The candidate in the closest race won by more than 18%.

Voters can stop gerrymandering for good

Gerrymandering is a huge problem – but that doesn’t mean it’s unsolvable. Represent.Us members across the political spectrum are joining together in states like Ohio, Michigan, Utah, Missouri, and Colorado to bring people-powered campaigns to the ballot that would stop gerrymandering. Too Much Money Spent on Elections